What’s the Difference Between a Standard and an Enhanced Keyboard?

Nowadays, keyboards are meticulously developed to meet the ergonomic needs of their users. As keyboard fans, we are fortunate to be living in a time when keyboard technology is at its pinnacle. This was not always the case with technology. There was a period when there were no improved keyboards on the market and simply basic keyboards.

You might be wondering what the differences between Standard and Enhanced keyboards are. There are various distinctions between the two models of keyboards, and we’ll talk about them today. With the introduction of gaming, ergonomic, split, mechanical, and other sorts of keyboards, these phrases are usually disregarded now. But I’m here to respond to your query.

In this essay, I’ll compare and contrast basic and modern upgraded keyboards, as well as explain the distinctions between a Standard and an Enhanced Keyboard. So, if you want to learn about the history of keyboards, make sure to read this article all the way through.

What is the Definition of a Standard Keyboard?

A conventional keyboard has ten function keys on the left side of the keyboard, a single Ctrl key, and a single Alt key. In the early 1980s, it was very popular in the keyboard industry. Because keyboards were generally used for typewriters at the time, these were one of the first keyboards to be used with computers.

It had a practical design that typists and computer users found quite natural. But it wasn’t perfect, which is why IBM decided to change the layout in order to improve keyboarding efficiency.

What is an Enhanced Keyboard, and how does it work?

On the top of the keyboard, there are 12 function keys, double Ctrl keys, and two Alt keys on an upgraded keyboard. Hundreds of thousands of new keyboards were produced as a result of this keyboard layout. Every mechanical, ergonomic, split, wireless, and gaming keyboard is built on the upgraded keyboard style, which is a historical first.

The IBM Model M keyboard was created in 1986, just as the keyboard market was beginning to gain traction. This keyboard was the first to use a non-standard or improved keyboard layout.

The Model M keyboard had 101 keys, but the good news was that it had 12 function keys ranging from F1 to F12, as well as additional control and alt keys.

The Model M is widely regarded as one of the best keyboards ever made. Only a few businesses continue to make them for vintage keyboard fans who desire the same sturdy construction, satisfactory performance, and efficiency as the original improved keyboard.

Placement of Caps Lock and Esc

The caps lock was located beneath the right shift key in the original Model F keyboard, but the Esc key was placed exactly next to the 1 key, and this positioning slowed down keyboard usage.

As a result, the caps lock and Esc keys on the Model M’s improved keyboard are positioned differently. The Caps Lock key was put beneath the Tab key, while the Esc key was placed in the Function key row, far enough away from the F1 key to avoid being unintentionally pushed. This worked well in terms of retaining a natural feel while also enhancing efficiency.

The amount of function keys on both keyboards is without a doubt the most significant difference. Standard keyboards only contain ten function keys, which are arranged in two columns on the left side. In the improved keyboard layout, there were 12 function keys in one row on the top at the same time.

The improved keyboard layout places the function keys in a convenient location that doesn’t push them too far away from the other keys on the keyboard. Simultaneously, having more keys allows users to employ more functions, making it easier and more efficient to operate.

We know that enhanced keyboards have an extra Ctrl key and an extra Alt key in contrast to normal keyboards. However, it is the location of the keys that makes all the difference.

IBM added an additional Ctrl key below the right-shift and an Alt key next to it, taking inspiration from the original left and right-shift designs. This allowed users to successfully operate the keys and macros while avoiding any tangling or discomfort in the hand positions.

In comparison to standard keyboards, enhanced keyboards include an extra Ctrl key and an extra Alt key. The placement of the keys, on the other hand, makes all the difference.

Taking influence from the original left and right-shift designs, IBM placed an extra Ctrl key below the right-shift and an Alt key next to it. This allowed users to use the keys and macros without becoming tangled or uncomfortable in their hand postures.

All of these distinctions were made between regular and upgraded keyboards. Most modern keyboards have an improved layout, however if you’re curious, some antique keyboards still come with the traditional layout. As a keyboard enthusiast, I hope you enjoy your typing experience with any keyboard you choose. Thank you for taking the time to read this! 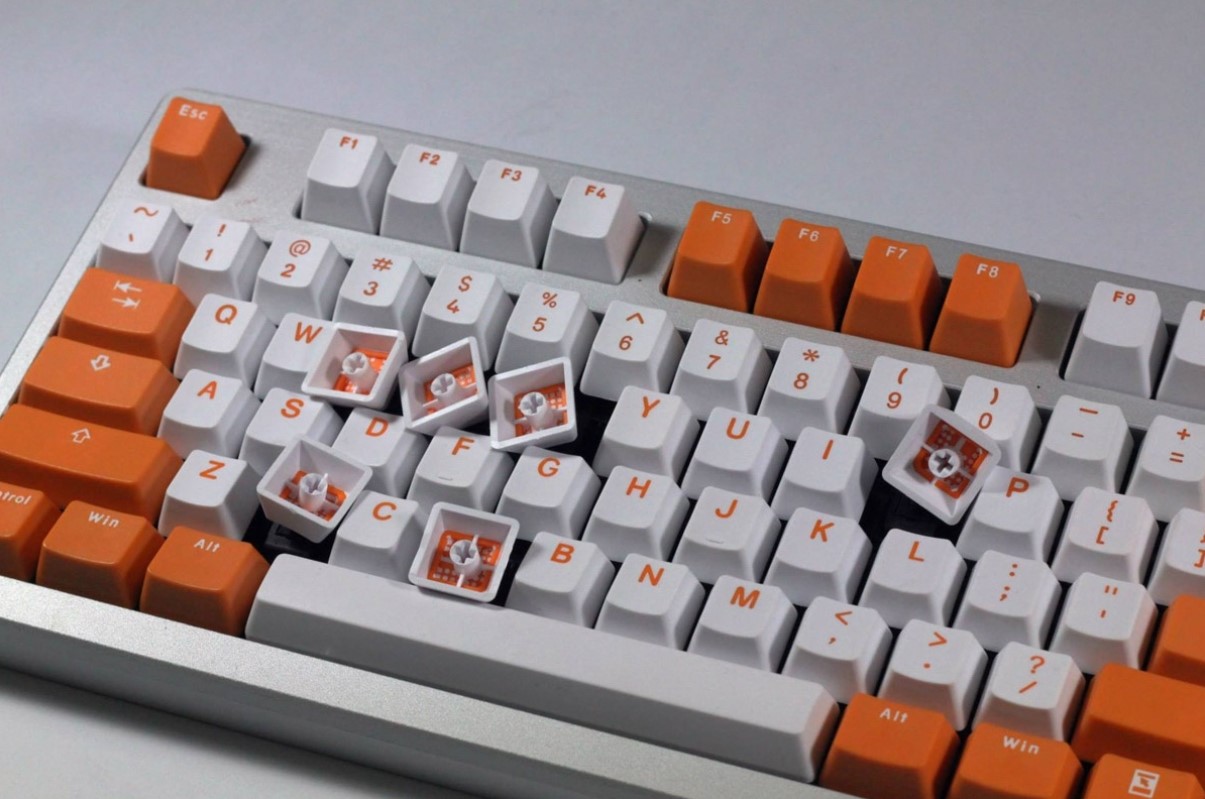